Now tools like OBD Fusion and PA Soft might all be part of your arsenal for an e46 but there are times when neither of these will do the job. Good examples are Brake Module replacements, or Steering Angle Sensor calibrations. This is why every e46 owner needs a working copy of dealer level software. At least 10 times a week or more there are new posts about INPA. Even the thread titled NOT SO EASY sees the OP frequently having to remote access the owner PC trying to resolve install issues for this not so difficult version. Well these days of install confusion with INPA and configuration issues are over?

It’s never been easier to install BMW Standard Tools thanks to Stylinmike over at Bimmerfest. A while back he created this single one click install that will detect your Windows version and make the necessary modifications; it will even install the correct USB drivers for your Amazon or eBay K+DCAN cable.
What’s great about having a known working copy of BMW Standard Tools (INPA, NCS Expert, EDIABAS etc.) is that it is a prerequisite to upgrading your system to support Rheingold/ISTA.

Rheingold/ ISTA is the current Dealer Level Diagnostic tool for diagnosing and repairing your e46. So once you install the simplest install version of BMW Standard Tools ever produced you can add Rheingold/ISTA to your new BMW Standard Tools as it uses the same EDIABAS 7.3.0 program for comm purposes – with existing K+DCAN cable. This makes your diagnostic system capable for a wide version of BMW’s including e46 all the way up to Fxx series cars. If you don’t want to add Rheingold/ISTA that’s ok too – you’ll have a working copy of INPA and NCS Expert.

The package takes all the guess work out of getting your computer ready for coding and diagnostics. It will be extremely useful for novices as well and basically is one single installation file that installs and sets up EVERYTHING.

Why is this beneficial?

– One single installation will install ALL the programs needed for coding & diagnosis, will update the programs to show English menus, will set up NCSExpert with the correct NCSDummy profile, will automatically install USB Drivers, and comes integrated with SP-DATEN 53.3 (YES, Integrated!)

– SMALL file size. The entire package is only 170MB!! No need to download 15GB of DATEN files.

– System Environment PATH variables taken care of by the installer

This is the very best and easiest install of INPA, NCS Expert etc. I have ever seen. I’ve installed Mike’s version on several machines (Win x86 and Win 64) and it works great. In seconds you have a fully configured Windows PC for diagnosing, coding and maintaining your BMW. But for me its real benefit comes from assuring that you have the correct base for installing the Rheingold/ISTA layer. (EDIABAS 7.3.0)

Now for some here they’ll not be interested in ISTA, and they only wanted INPA & NCS Expert so you really only need the one file from Mike:

However if you do install Mike’s version it has the necessary layer of EDIABAS (internal BMW Comm app) to support Rheingold/ISTA. For those who want to upgrade their INPA to ISTA read on:

What is BMW Rheingold ISTA?

ISTA is a workshop system that contains BMW AG Data and Information. ISTA stands for Integrated Service Technical Application. Way back when, during the initial development of this tool, BMW used DIS (Diagnostics Information System), and as the programs evolved and due to the nature of the file naming conventions utilized by BMW, the workshop system became known as Rheingold in the enthusiast world. Rheingold in actuality is the folder that contains the main application and data. Rheingold became ISTA-D (D stands for Diagnostics) and BMW’s programming application used the same nomenclature, ISTA except with a P (for programming) or ISTA-P.

I have INPA – why would I want Rheingold/ISTA?

Well for a start it’s a much more modern application (Current Dealer tool for e46) with intuitive GUI screens and tabs and stable. In addition to a wider range and span of vehicles, advanced diagnostics, printed reports, vehicle diagnostic history the best feature in my opinion and most important – it’s fully in ENGLISH. Rheingold/ISTA supports many languages that are maintained in the SQL Server dB – English being the default, not German. So unlike INPA where you often are posed with German phrases and technical terms, Rheingold/ ISTA takes the guesswork out of wondering and the possibility of guessing wrong. Your install of BMW Standard Tools will still operate co-dependently with Rheingold/ISTA and you will still use NCS Expert for coding for e- chassis vehicles. For F-chassis and beyond ISTA-P will be used.
ISTA offers 3 different types of cables for vehicle coms (K+DCAN; ICOM and E-NET) – you can use your current K+DCAN cable that you use for INPA

For a quick link to the software that will install over BMW Standard Tools:
http://www.obd2diy.fr/wholesale/2018-12-bmw-icom-software-ista-d-ista-p-windows-7-hdd.html 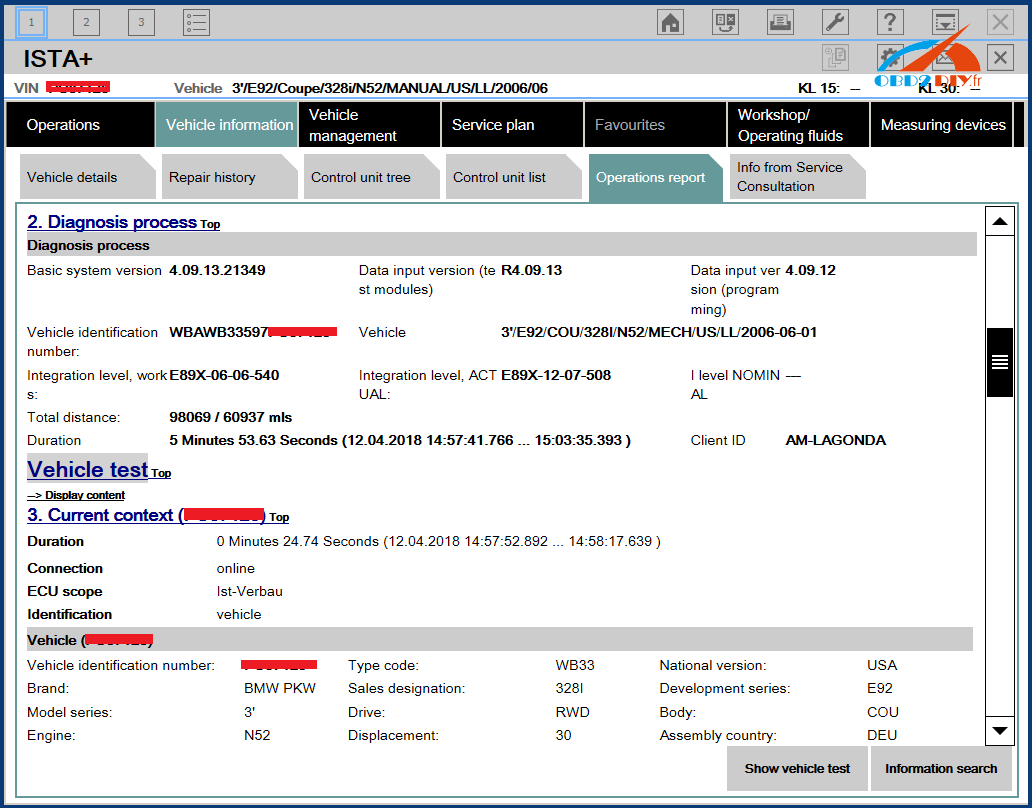 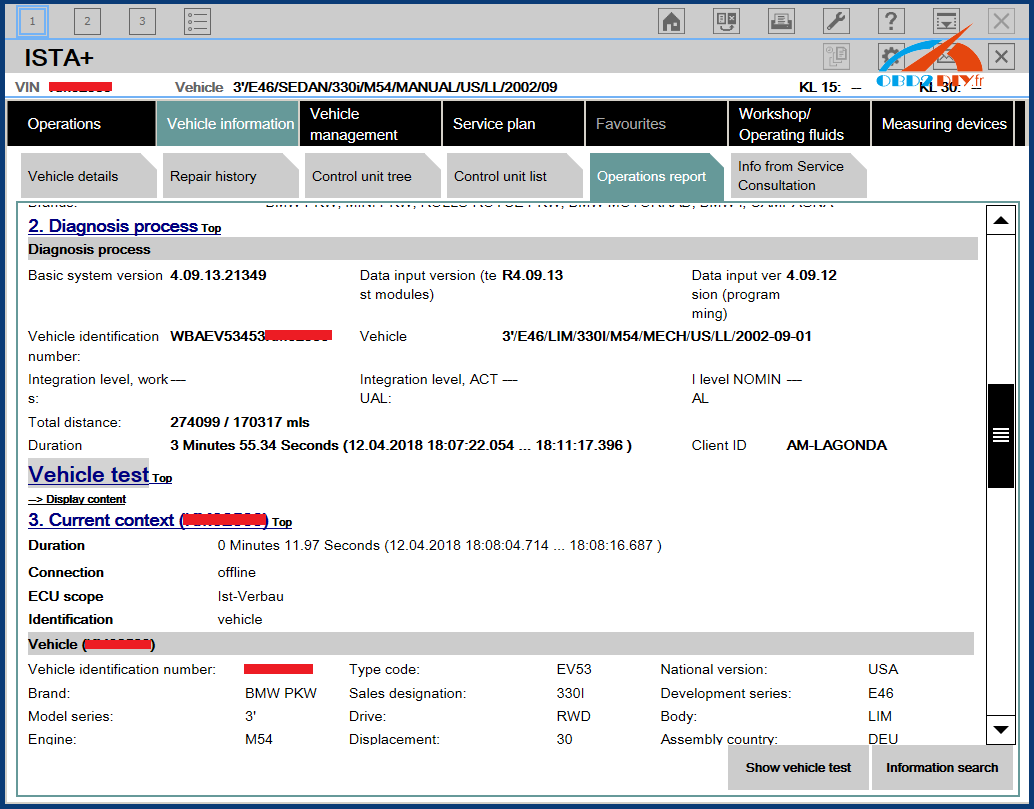 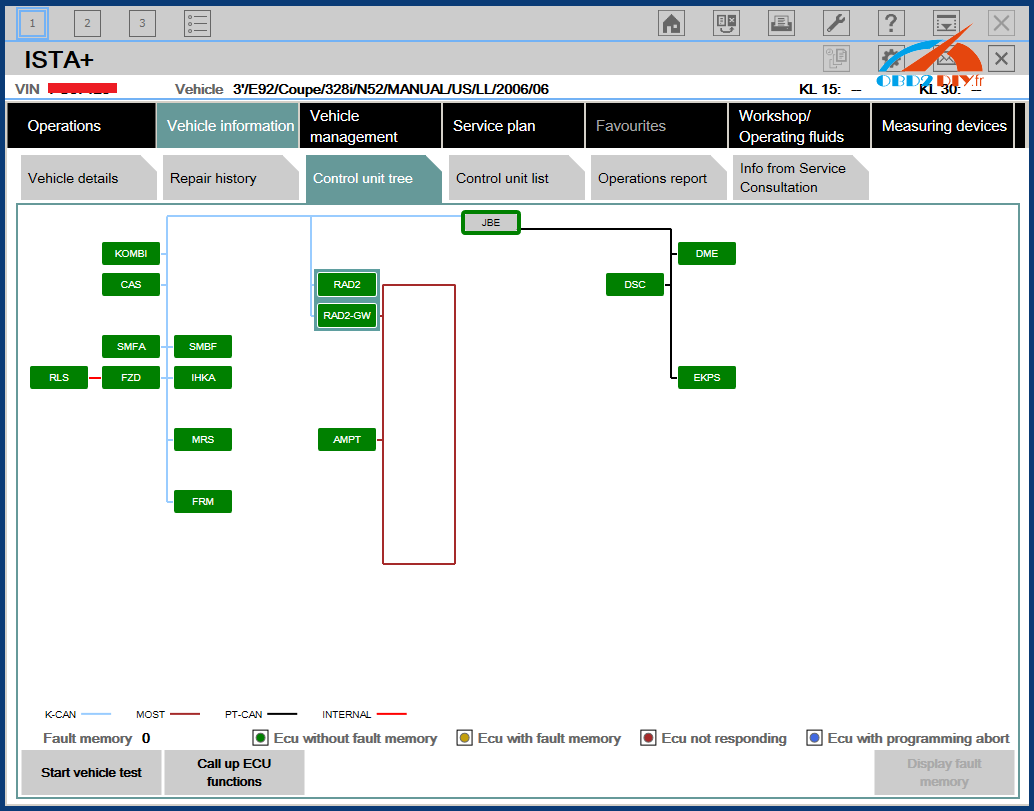 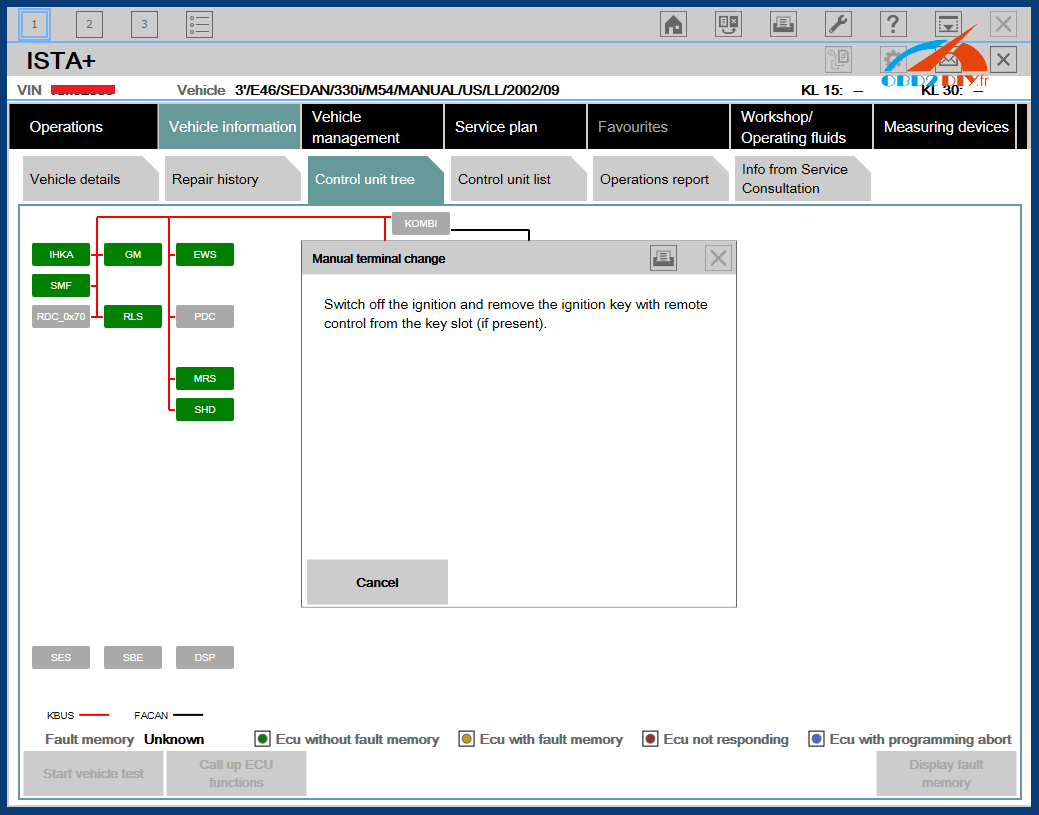 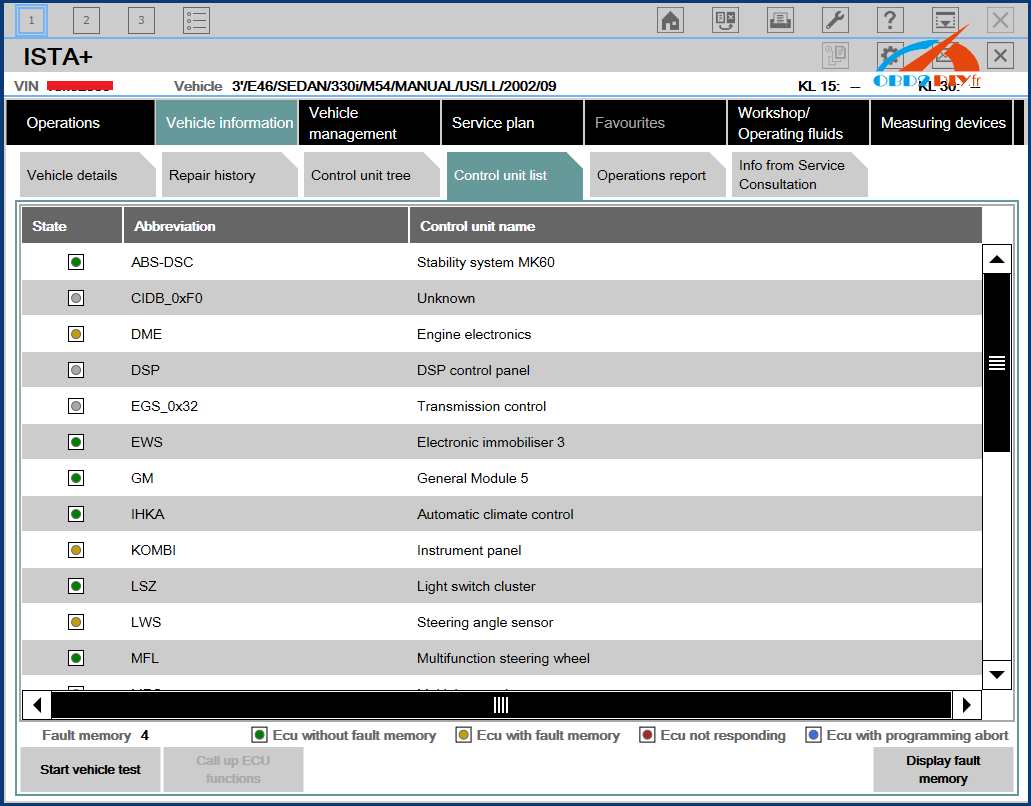 Again, if you don’t want ISTA but just the absolute simplest version of INPA/NCS Expert to install here it is:
https://mega.nz/#!kAASwa7I!AJLVnnEBwLgzDPzBeQ4uQo60p1lbU2BsZofE-TBYGmk

Unfortunately there is no one-click install for the Rheingold/ISTA layer over top but it’s pretty straightforward using the attached instructions and the linked page (BLOG) earlier in this post.

How to update Nexiq firmware with John Deere SA