I went to the local dealership and was offered 2 plans at the sum of euro 4000!!
Plan A: euro 900+ injector labor, a straw
Plan B would be to manage without them, order two new Denso injectors at € 480 and mount them up.

The problem is that no so-called “Dieseliste” is seems you able to Toulouse from record the famous injectors clearing ID. I am quite confused.
Registering the new ID is required?
Suppose I connect a Toyota Tecshtream on OBD, it is easy to do or not?

2 changed injectors mounted by a dieseliste Toulousain who struggled a bit to extract them. I had to record the same compensation code using Techstream because it is obviously here, no “professional” has access to this feature for Toyata-lexus.

Here is the procedure: 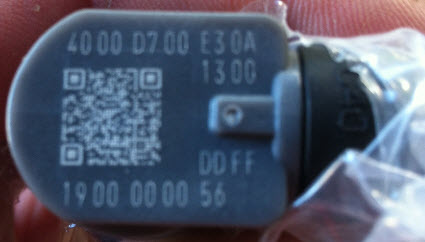 If you are new to Lexus, you are obliged to return it to the ECU. (Therefore, obliged to go through with them and pay full price)
In fact, the engine already turned round after the dieseliste has changed injectors without saving their codes on the affected cylinders.
I recorded the codes with Techstream software (see picture below), it must win a pouillème to make it even turns a little better. 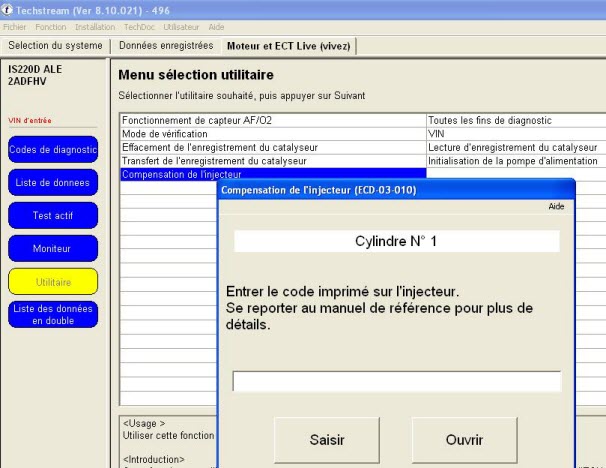 (Techstream Software supplied with the driver installs on the Windows XP/Win 7)
Now I get an average of conso 6.7 l / 100 in tranquil rolling (road, highway congestion and Toulouse.)

It turns nickel, no more cliquetti I found a potato that I had never known from low revs and an average conso 6.9 l / 100! I was between 8 and 9 for the same routes, even driving.