Note: I have tried it in this way successfully, and maybe there exist risks; you should be responsible for what you do if you wants to have a try.

Equipment Needed:
1. MINI VCI cable for TOYOTA TIS Techstream. I bought mine from www.obd2diy.fr for nearly $27. The cable is about 4’ long, with translucent casing and “MINI-VCI J2534 Standard OBDII Communication Interface” sticker. This cable comes with a mini CD with drivers and Toyota Techstream software.
2. A laptop running 64-bit version of Windows 7/8. Mine is actually Windows 7 x64, but for Windows 8 the configuration procedure should be identical.

Steps:
1. Download and install a trial version of WinRAR (download from http://www.rarlab.com/download.htm) if you don’t already have it.
2. Using WinRAR Unpack the following files from either the mini-CD or the download to a temp folder on your hard drive (Use c:\temp).

This is the step most people stumble on as “MVCI Driver for TOYOTA.msi” installer indeed does not work on Windows x64. The workaround is to install it manually, as follows:

a. Open the Command Prompt in Administrator Mode, and run the following command line: 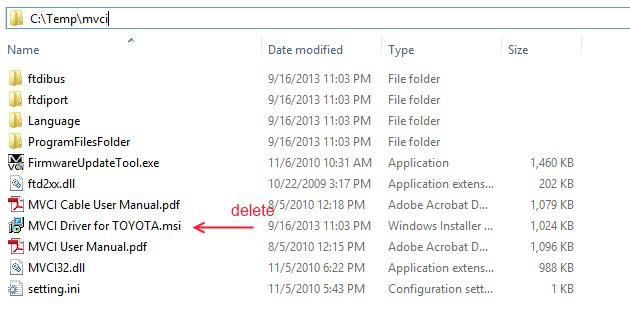 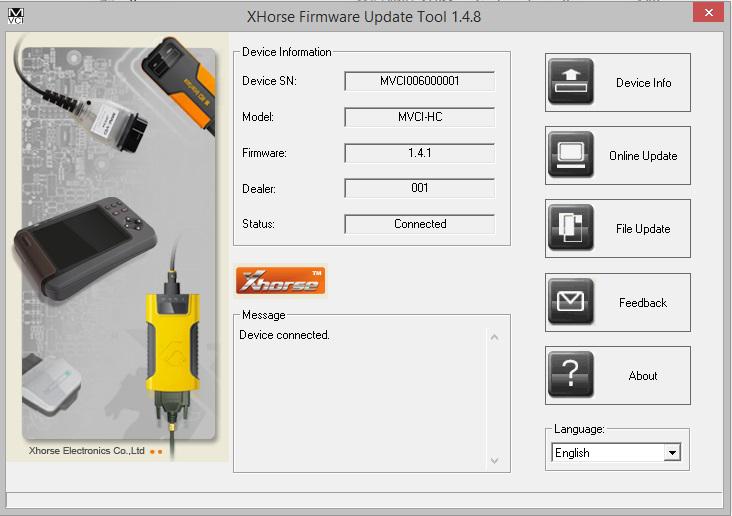 If you see this, it means your MINI VCI is up and running under Windows x64 and can be used by other programs, such as Techstream.

IMPORTANT: Some people have reported that updating firmware on this “cheap clone” cable may render it dead. So, the Firmware Update Tool should NOT be used for anything, but checking that the device is connected and working properly.
5. Now install the Techstream software using “Techstream 8.00.034.exe” and then after installation, open up the “Techstream_Update_V8.10.021.exe” file to update it. DO NOT launch it yet.

To activate it, drag the IT3System.ini you extracted before to the desktop over into “C:\Program Files (x86)\Toyota Diagnostics\Techstream\Env\”. When prompted, overwrite the preexisting file with the new one you are dragging over.
6. Registry Hack: for Techstream to recognize MINI-VCI under Windows x64, the Registry has to be modified as:

The attached “mvci-x64.reg” (download from https://www.dropbox.com/s/f51dyl9no17p3lj/mvci-x64.zip?dl=0 ) contains the *.REG file that has to be imported to the Registry (all you have to do in this step is just extract the file to the desktop, right click, then click Merge)

Just to clear it up, you do not have to register this software after this is all done, it is yours forever (almost). Mostly all of the customizable options can be accessed with this update so I would not mess with it and try to get anything new as it is not needed!

Hope this will help you really.